System Center Configuration Manager 2012 brought the possibility for a collection to refresh its members using Incremental Update.  It means that the collection will periodically  evaluate new resources only, and does not execute a Full Update Membership. 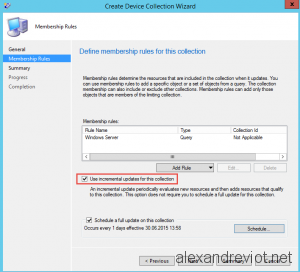 By default, the interval is set to every 5 minutes. But if you want to increase or decrease it, you can do it easily with the SCCM Console.

END_OF_DOCUMENT_TOKEN_TO_BE_REPLACED

I had a issue with Windows System Image Manager (WSIM) when I tried to create a catalog from Windows 8.1 WIM file. Even if it was start with full Administrator rights, I got this error:

END_OF_DOCUMENT_TOKEN_TO_BE_REPLACED 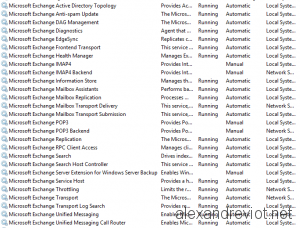 Fortunately, we can restart each service using Powershell script:

When Bitlocker is enabled on workstation/ laptop in your entreprise, you must have a solution to get the recovery key of the hard drive. In some cases, Bitlocker can prompt to the user the Recovery key if it detects a specific behavior like partition changes.

The easiest solution is to use Active Directory Users And Computers console. This can only be possible if you set in the GPO to store Recovery Key into Active Directory.

With Active Directory Users And Computers, we can:

END_OF_DOCUMENT_TOKEN_TO_BE_REPLACED

When you deploy Windows 8.1 in your environnement, you may define a strategy to force all users to have the same Start Menu Layout. This layout was defined by IT Team and will be provide to all computers.

For example, I set a custom layout: I added some tools and application groups: 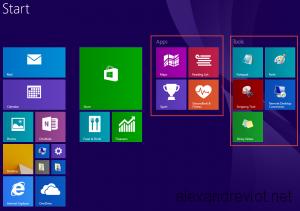 If you want to deploy this Start Menu Layout, you can do it with: