When you deploy a new Windows 8/ 8.1 operating system, you have a lot of Modern UI Application in your profile. But, for an enterprise, these Apps can be annoying: almost all of them are for personnal use.

By example, we can find: 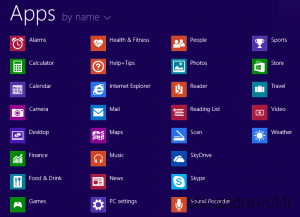 Microsoft provides two type of Powershell Cmdlet, depend of if you want to remove Apps on a User Profile, or on a System:

When your user profile already exists, you have to run this powershell cmdlet to remove all Apps:

When you want to remove Apps for the system, you have to run this:

If you want to remove all Modern UI Apps during your Operating System deployment, you can create a task during your Task Sequence and execute a powershell script with two commands above. 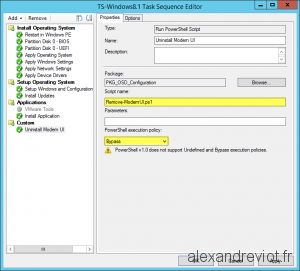